Don’t Fall Into The Trap of ‘Productive Procrastination’

A few years ago, this used to be the case for me as well. Without realizing it, I was completely sabotaging my productivity and success. Even though I was working hard and being busy with many different to-do’s throughout the day, I didn’t get the results I desired.

In fact, I didn’t earn a single dollar with my first business for the first 18 months. When I discovered that I fell into the trap of productive procrastination, my eyes opened and I quickly made radical changes to the way I worked.

And guess what? I started to generate revenue faster than ever.

What Is Productive Procrastination?

Productive procrastination is the act of being busy while still procrastinating on your most valuable tasks. Even though you might work 8 to 10-hour workdays and you feel productive, you’re still not truly productive. In reality, by keeping yourself busy with a lot of to-do’s, you distract yourself from doing the work that is truly important and impactful.

Photo by Kaitlyn Baker on Unsplash

Let’s say that you’re a writer who’s working on a new book. In that case, you should spend the majority of your time writing the actual thing. However, as a form of productive procrastination, many writers start doing other things such as going to writer’s conferences, reading about writing, spending an enormous amount of time thinking about the title and book cover, preparing themselves to write, changing locations to ‘find inspiration’ or anything else that makes them feel good and productive about themselves, yet neglecting their most important task: writing.

And that, ladies and gentlemen, is productive procrastination.

By using busyness as a shield to protect ourselves from doing the things that we actually should do, we fail to make our dreams our reality.

Keep in mind, hard work does not equal success. Yes, it can be a component of success, but only when hard work is applied to the right tasks and activities. Remember, if hard work equalled success, all construction workers would be millionaires.

Why So Many People Fall For Productive Procrastination

However, as you’re busy and getting a lot of tasks done, you feel very productive and good about yourself. Therefore, you don’t realize that you’re actually killing your productivity levels. Photo by Robert Bye on Unsplash

In fact, you’re being rewarded for this behaviour. It turns out that dopamine(the reward hormone) is produced in your brain when you’re working on a lot of different tasks, which stimulates the repetition of this behaviour.

For example, on those days where I answer a lot of emails, engage with my audience on social media, make some posts on Instagram and do other random to-do’s, I feel really productive. Because of the quantity of work I do, I feel good about myself.

But this feeling is misleading. It’s flawed.

If I critically look at the quality of my work — the actual value produced — I need to honestly admit that I’ve been procrastinating on my most important work. I was engaged in too much busywork and too little in important work.

This is not to say you should never work on low or mid-value tasks. Rather, you should become mindful about how much time and energy it takes away from your most valuable tasks.

By being busy, you spend a lot of time and effort on certain tasks, but you aren’t necessarily productive. By being productive, you work on things that significantly move the needle.

When you are engaged in productive procrastination, you tend to work hard without first analyzing the value of the tasks that you’re working on. But just because a task or to-do holds any value, it doesn’t mean you should actually spend your time or energy on it.

Remember, it doesn’t matter how hard you work if you work on the wrong things (aka, mid-low value tasks)

Focus on quality over quantity.

In fact, by being truly productive for merely 2–3 hours per day you can actually get more results and make more progress than someone who does ‘busywork’ for 8–10 hours per day.

As society has primed us that we need to work at least 40-hour workweeks it can sometimes be quite difficult to accept that we don’t need to work that many hours in order to achieve our goals (although, you can). Keep in mind that the 40-hour workweek is an outdated system and that you should always focus on the value you create vs the hours you work.

How To Avoid Productive Procrastination

If you want to avoid falling into the trap of productive procrastination, you really only need to do two things.

First, you need to identify your most important activities. On a piece of paper, write down the most important goals that you want to achieve and on another piece of paper write down all tasks & activities that you regularly perform. Then, you should ask yourself ‘What 1–5 tasks or activities lead to the most meaningful progress towards these goals?’ In other words, what tasks significantly move the needle for you or your business.

Those tasks are your most valuable tasks, and that’s where you should spend the majority of your time and effort on. If you have more than 5 tasks that you think are highly important, take a few minutes to critically analyze them until you’ve identified your top 5

Any time I don’t work on one of those three tasks, I’m doing mid to low-value tasks that are nice to do, but definitely not highly important. If I work on any other task before spending time on one of my three most valuable tasks, I know I’m falling into the trap of productive procrastination.

Photo by Andrew Neel on Unsplash

What most people do, however, is work on low to mid-value tasks first because it’s usually easier and therefore more appealing than working on high-value tasks. However, as the day progresses, more to-do’s pile up and the most important tasks keep getting postponed until they eventually are put on the ‘tomorrow’ list. But as we all know, tomorrow it usually doesn’t get done either.

Furthermore, limited mental resources such as your willpower and your ability to focus are more and more exhausted as the day progresses. Therefore, you’re much more likely to either skip your most important tasks entirely or not have the focus or willpower to work on it for as long as you actually should.

Only after you spend time and energy on your most important tasks should you switch to the low or mid-value tasks. These tasks hold some value but are definitely not critical or significant enough for achieving your important goals.

If you’re going to procrastinate, decide to procrastinate on the low-value tasks instead of your most valuable tasks. This will accelerate your progress towards your goals like no other productivity hack out there.

Therefore, as an action point for this article, identify your 1–5 most valuable tasks and protect your time in the mornings to work on these tasks. Remember, change only happens when you execute on your knowledge.

7 Lessons From Warren Buffett For Maximum Productivity & Success Forget A To-Do List, Use The ‘ABCDE Method’ Instead 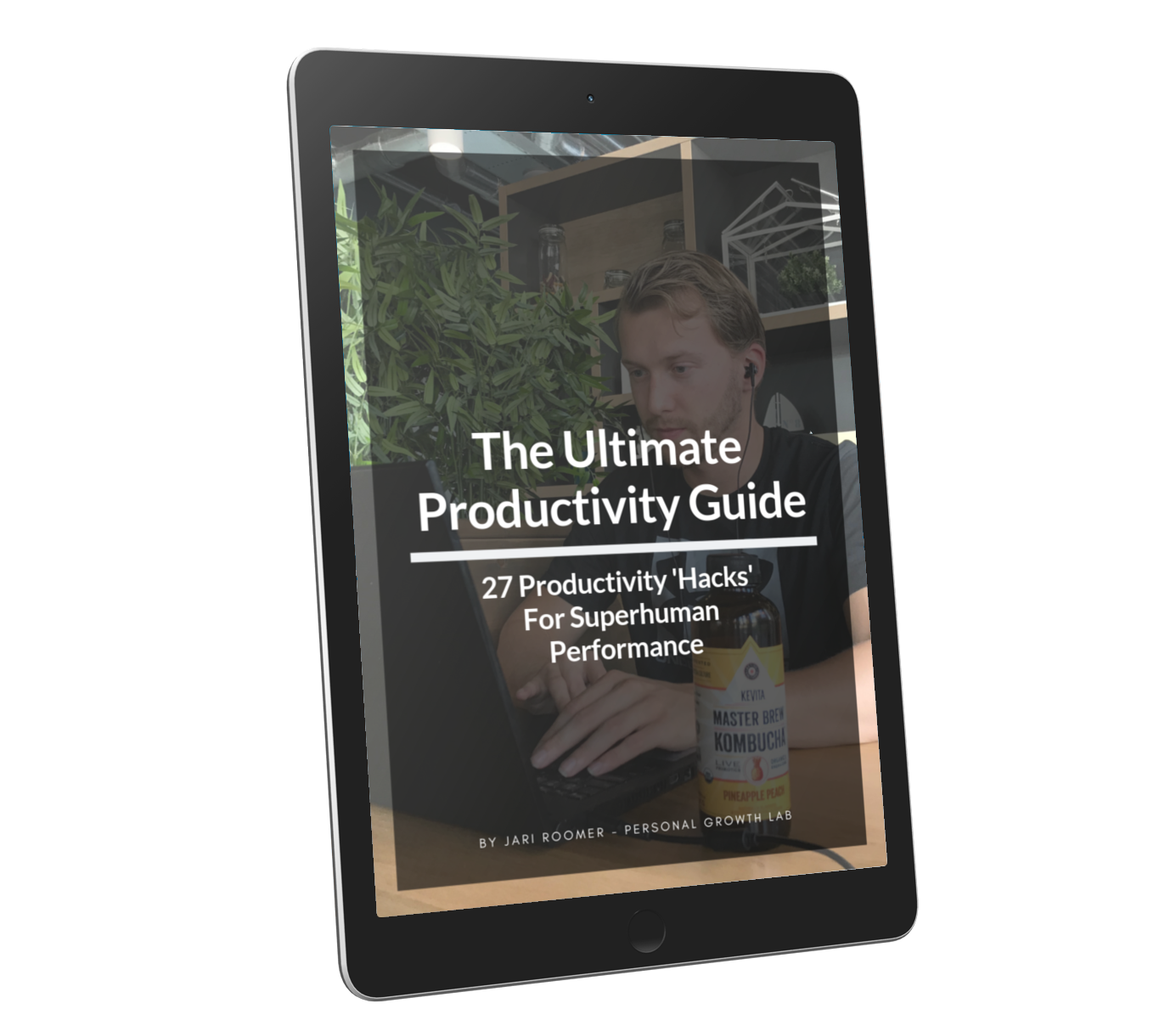